We have 179 guests and no members online 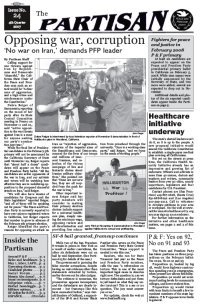 The Partisan was the newspaper of the Peace & Freedom Party State Central Committee and was published regularly from 1994 until April 2009, at which time the party switched to publishing positions and discussion online, as represented by this website.

Below runs a list of contents for each issue of The Partisan, listed in reverse chronological order. Most issues – though not all – continue their existence in digital form, and links are provided for each. Older issues are hosted by OOcities.org, an archive of defunct Geocities pages, and clicking on the embedded link will bring you to that website.

We are working on migrating all available Partisan material from OOCities onto PeaceAndFreedom.org, but this is quite the process.

For now, we hope you enjoy this archive of The Partisan, in essence a history of Peace and Freedom Party actions, beliefs and electoral stands in the 1990s and 2000s. 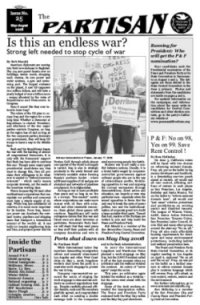