We have 2016 guests and no members online

This article was originally published in Partisan issue no. 23, printed April 2007.

57 people turned out in Riverside for a vigil demanding an end to the war in Iraq on March 19, 2007. This was one of over 2000 vigils and demonstrations around the country on the same day, involving some 100,000 protesters. In a classic example of corporate media bias, nearly all the events were ignored in local and national newspapers. 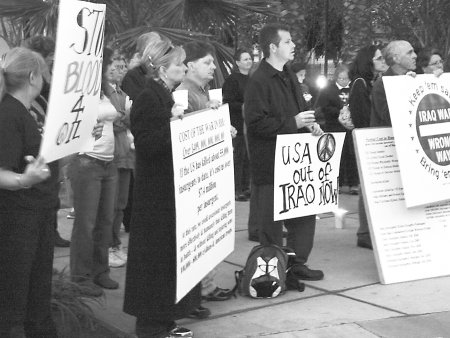