We have 113 guests and no members online

On PG&E and the tyranny of late-stage capitalism 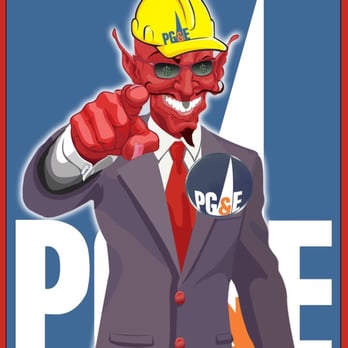 On Tuesday, October 9, Pacific Gas & Electric, the publicly traded monopoly that supplies most of Northern California’s power needs, announced that they would be shutting off power for much of their service area due to the risk of wildfire posed by dryness, heat and high winds. These shutoffs would affect over 800,000 of their customers.

This announcement came scant weeks after the utility settled the second batch in a series of claims against it brought by insurers for its culpability in the wildfires that destroyed millions of acres over the past few years.

The night of the announcement, supermarkets were flocked by anxious shoppers preparing for the outage. Californians who were unsure whether they would be in an affected neighborhood frantically tried to get information from PG&E’s website, but their gravely overburdened servers made connecting impossible much of the time. As dread and fear spread, PG&E workers prepared to turn out the lights. Executives, however were otherwise busy; they were enjoying fine wine and decadent hors d’oeuvres at an exclusive Sonoma County winery in a modern analogue of Nero fiddling while Rome burned.

PG&E’s self-interest is matched by callous disregard for the people under their thumb, forced to pay them in exchange for electricity and gas. They neglected their budget devoted to routine maintenance and such measures as trimming trees around power lines in order to pay investors $4.5 billion in stock dividends. It was chided for lack of upkeep by a judge at a hearing related to a lethal 2010 gas line explosion. This judge threatened to deny them their ability to pay dividends should they continue to neglect such upkeep. It is now clear that this has had no effect on them. But then, a privately owned utility holding a monopoly puts it in the role of hostage taker, and is rendered essentially above the law. It is a chilling case of capitalism’s ethos: Profits for the powerful before people. 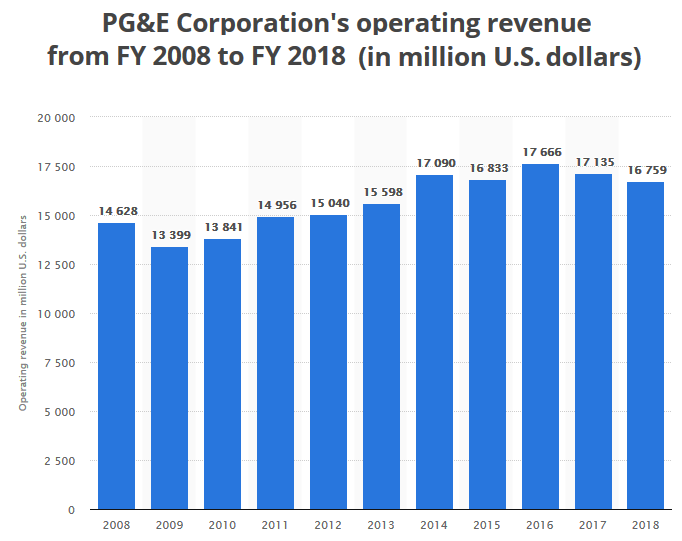 San Francisco sought escape from beneath the heel of PG&E by offering a bid to buy their own power grid, but PG&E was not interested in granting this freedom from it’s feudal-like domination. Meanwhile, the effect of this outage on their “serfs” has been profound. The LA Times reports people afraid of loved ones dying for lack of such basic necessities such as machines to aid respiration, as well as inability to refill dearly needed medicine, and others going into debt buying batteries and other commodities to keep these machines running. One man dependent on a respiratory machine died 12 minutes after the power was cut, although the coroner denies this was related to the power outage.

By Sunday, after five days in the dark for some, all power had been restored. CEO Bill Johnson commented, “I think the operational piece of this – turning the power off, turning it on – went very well.” He further denied a suggestion from California’s Public Utilities Commission that this was a power move to fight back against their punitive measures due to the company’s culpability in wildfires, while promising future shutoffs under similar environmental conditions.

Capitalism tends toward monopoly, and this outage is a perfect example of how late capitalism places the people at the mercy of our current ruling class. This class is that of the very billionaires on whose services we depend, a dictatorship of capitalists. Only when this rule is deposed and the working class holds the levers of power will we be able to completely forge our own destinies. Until then, the public good will be at the mercy of billionaires who wine and dine while the working class scrambles to survive their whims. The only comfort in this episode is very cold indeed for those who survived without power: PG&E is unable to charge them for the time they spent in the dark.

It is unconscionable that people are at the mercy of private utilities’ billionaire CEOs and board members. While responsible for the ravages of climate catastrophe and resulting wildfires, these same parasites refuse to spend the money needed to avert the disasters they continuously leave in their wake in order to get even more money for themselves and their cronies. This is a state of affairs that can and will be destroyed as we join as one to control production under our own ownership for our common good. This is a revolutionary project and will require solidarity between the people who do the work of the world. We can and will win this fight, and the time to start is today.