We have 63 guests and no members online

Posted on April 8, 2013 by the Kern County Central Committee

Mohammad Arif is the Peace and Freedom Party candidate in the State Senate special election on May 21, 2013 in the old 16th State Senate District.   Despite all the State Senate boundaries having been redrawn for the 2012 election, the old boundaries will be used to replace disgraced former State Senator Michael Rubio, who resigned in February shortly before newspapers learned of his financial entanglements with the Chevron Corporation and one of its executives.  (Rubio now works directly for Chevron.)   The "old 16th SD" includes all of Kings County, about half of Fresno County, the western portion of Tulare County, and a western portion of Kern County including part of Bakersfield.

The special election is expected to be a very interesting one. It features Kern County supervisor Leticia Perez, whose mentor is the corrupt ex-senator Rubio, and who is married to Fernando Jara, a self-described former violent "thug" and self-styled former CIA operative whose conversion to Islam appears to have been phony from the start.  Despite or because of these connections, Perez immediately received the backing of the official Democratic Party organizations in the area.  Two other Democrats are on the ballot, Frank Ramirez and Paulina Miranda, but little has been heard from them.  There is a single Republican, Andy Videk.  And Mohammad Arif, the Peace and Freedom Party candidate, is listed on the ballot as "businessman" because his preferred occupational title of immigration rights organizer was rejected by the Secretary of State.

Mohammad Arif has been campaigning hard, and has already been featured in radio interviews and various newspaper articles.  He has been particularly active in the large local South Asian community, and is expected to line up endorsements and campaign contributions well beyond what most Peace and Freedom Party candidates have been able to garner.  Arif is an immigrant from the Pakistani Punjab who has been in the U.S since 1991, and a citizen since 2000.  His basic campaign card (see images below), which is being distributed now, hearkens back to Franklin Delano Roosevelt's "Four Freedoms," updating them to show their relevance in today's United States.  The text under "Freedom from Fear," for example, reads "End bigotry and racism.  Stop the raids and deportations, full rights for all, and a straightforward path to citizenship."

Further developments in this race will be reported as they occur. 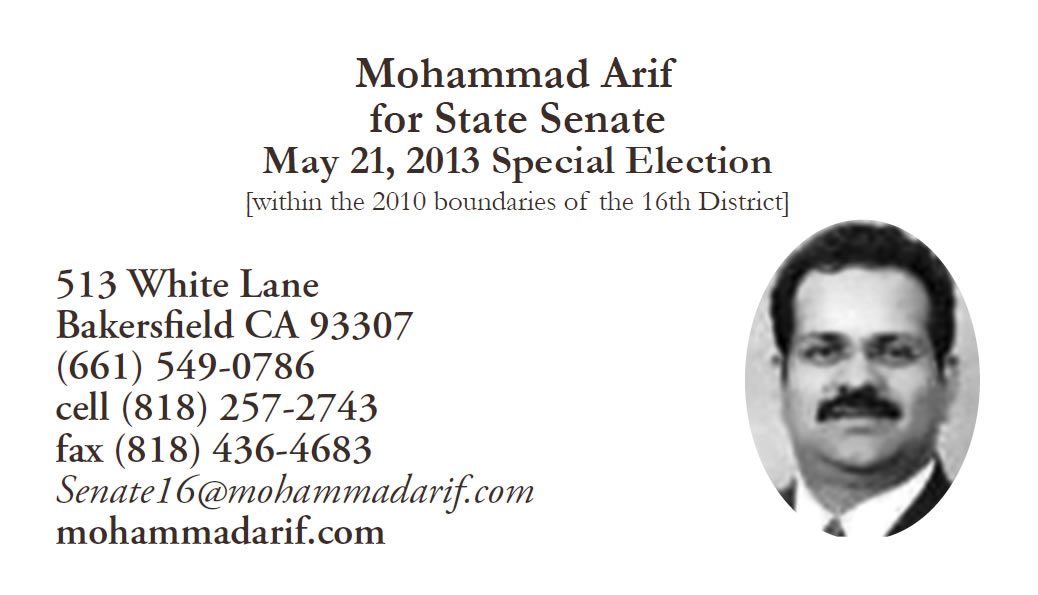 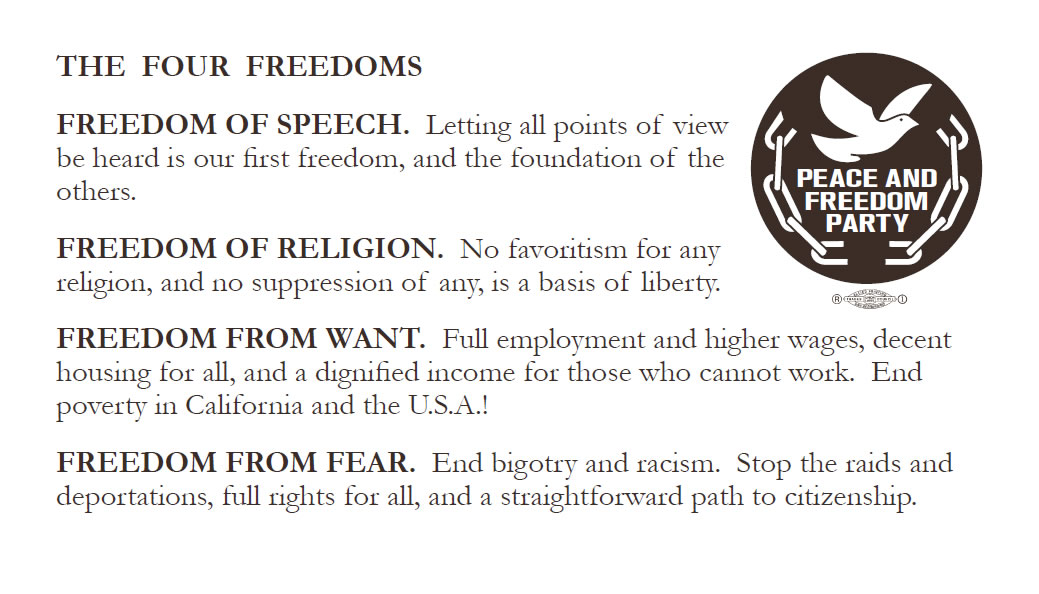