We have 297 guests and no members online

Demonstrations in more than 200 cities in the US and Canada took place on Saturday as part of a global “No War On Iran” mobilization. Folks came out in support of the anti-war cause throughout California, and naturally Peace and Freedom Party members were there.

The January 25th No War On Iran rally and march in San Francisco was organized by the Arab Resource and Organizing Center (AROC), and was endorsed by some 30 organizations including PFP and the People’s Alliance. 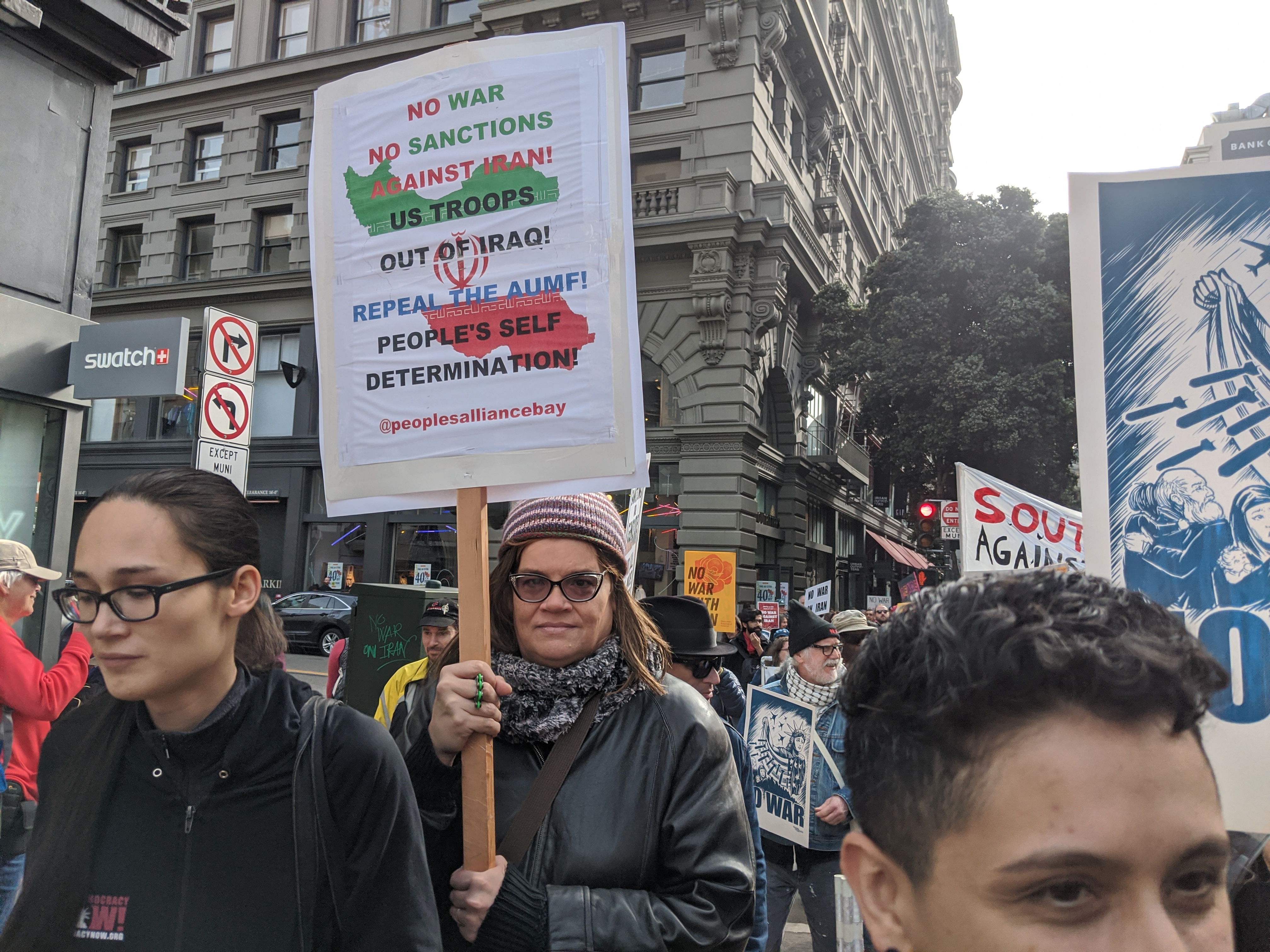 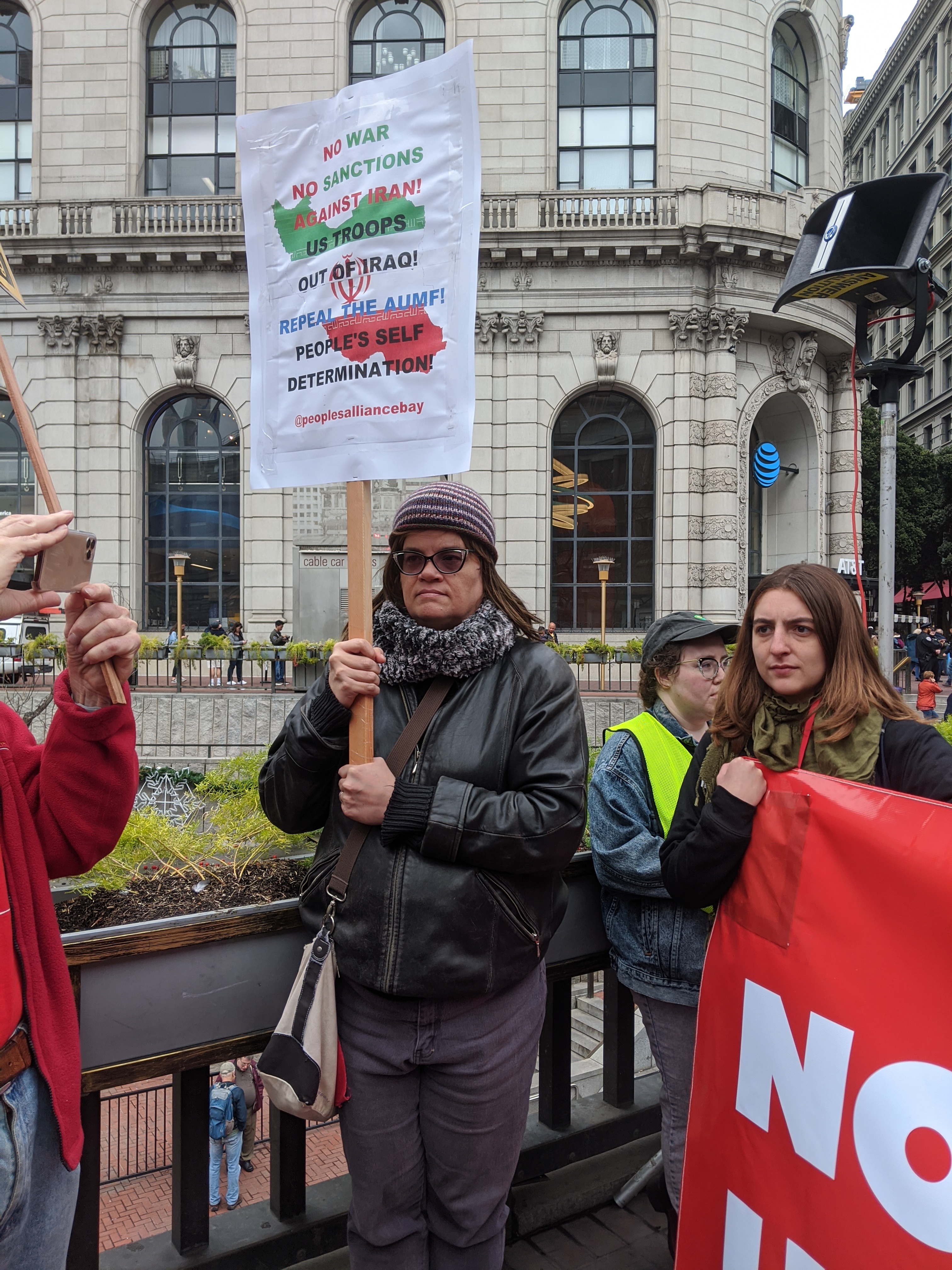 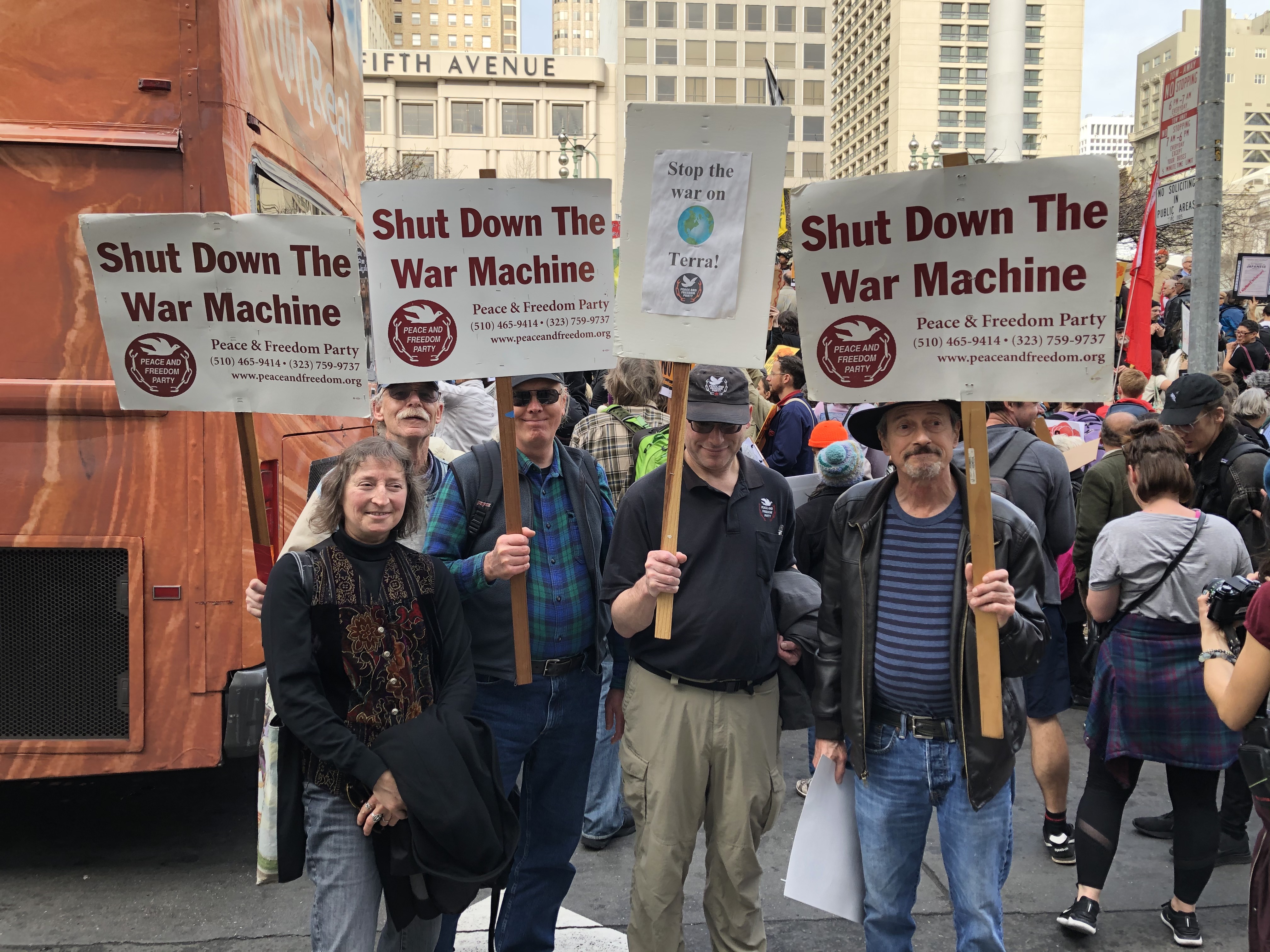 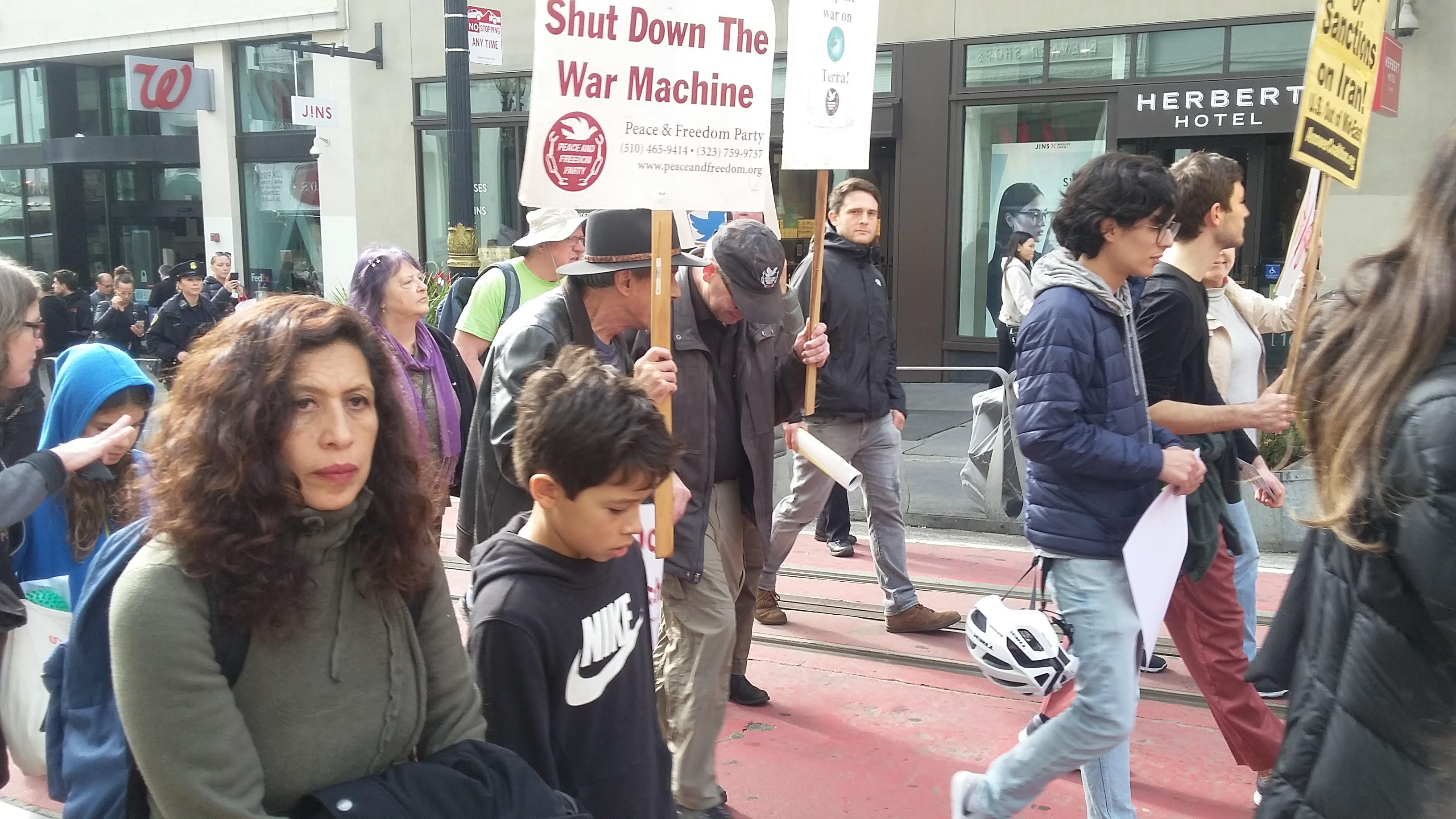