We have 129 guests and no members online

Peace and Freedom Party members recently traveled to McFarland, a small farming town south of Fresno, to express solidarity with Maribel Ramirez, an immigrant farmworker from Mexico who led her community to reject a City Hall proposal to convert two town jails into ICE detention centers. These detention centers would be right in the center of this town of 15,000, almost next to the high school and junior high. Half of the population is undocumented. Those ICE jails would have imprisoned up to 4,000 immigrants simply for not having papers. The story was first reported in The New York Times.

The meeting was February 17 at McFarland City Council chambers, and 200 people filled the hall. Ramirez, her two sons and other community members went door to door asking people to sign a card opposing the ICE jails. More than 1,000 people signed. She said many more would have signed but for fear of deportation.

Gloria La Riva interviewed Ramirez, who despite the great risk to her personal situation for being undocumented, courageously took a stand for her community.

Ramirez explained that a young organizer with Faith in the Valley, a Bakersfield based organization, contacted Ramirez about the jail proposal. She explains how they got the community organized.

“We began at St. Isabel Catholic church in McFarland. We began to organize, my sons came with me, we went door to door asking people to sign the papers, with their name and address, to show that the council leaders are not the only people, the people in this town, we are the voice.

“The next meeting next month will be another battle. We hope the mayor and others soften their heart. We do not need an ICE jail right in the middle of town.”

Although the City Council turned down the GEO corporation’s proposal to build the ICE jails due to public pressure, the CEOs are continuing the pressure on council members.

La Riva and three young Peace and Freedom activists from Fresno promised her they will return for the next City Council meeting on Tuesday, March 17, and build more support. It will be important for other activists from the region to join them in solidarity. This is a struggle that needs broader involvement, and to let the GEO CEOs know that ICE doesn’t belong in an immigrant farmworker community – or anywhere!

For information on the McFarland city council and the council meetings, click here. For a map to the meeting’s location, click here. 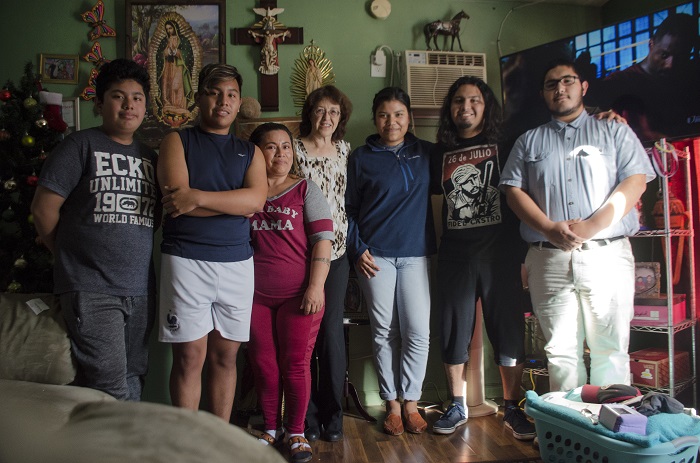