We have 85 guests and no members online

On Wednesday, July 1, Peace & Freedom members put in some good work communicating the party’s message on crucial issues of our day, including the continuing pandemic, police brutality and prison reform. After all, these times call for solidarity and action.

C.T. Weber of PFP Sacramento participated in the All of Us or None rally and remembrance held on Wednesday. Speakers included family and friends of police killing who called upon the crowd to call out the names of their family members and friends. In the below picture, C.T. stands in front of pictures of the nearly 600 people of color who have been killed by the police in California in the last five years. (Photo by Steven Payan of PFP Sacramento) 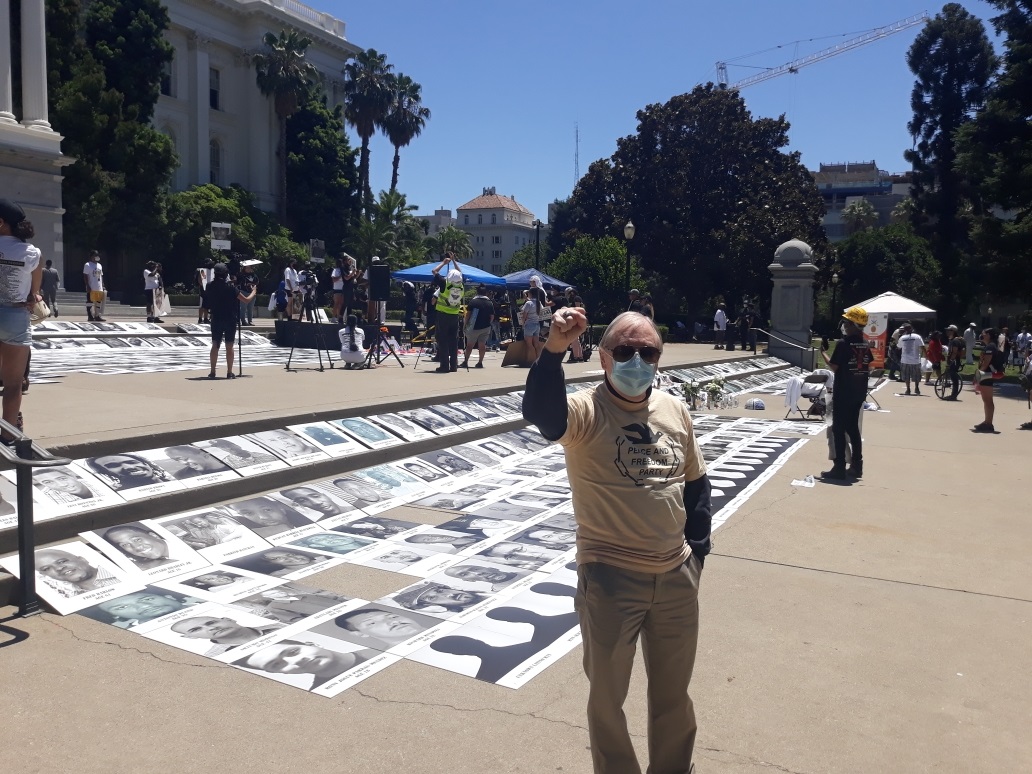 Stan Woods of PFP Alameda County and the Oscar Grant Committee against Police Brutality and State Repression was also on hand, here shown talking strategy regarding COVID-19 in prisons with other activists outside the Capitol.

And in his capacity as Peace and Freedom Party Legislative Committee Chair, C.T. appeared via video stream before a restricted Senate Public Safety Committee hearing on COVID-19 in prisons, speaking on some of the current prison conditions: overcrowding; the impossibility of social districting; the need to test all prisoners and staff; the need to reduce the prison population through early releases; release of those over age 65; and release of low-risk prisoners.

He called on the Governor to use his emergency powers to release these prisoners and suggested that the legislature pursue further prison reforms.